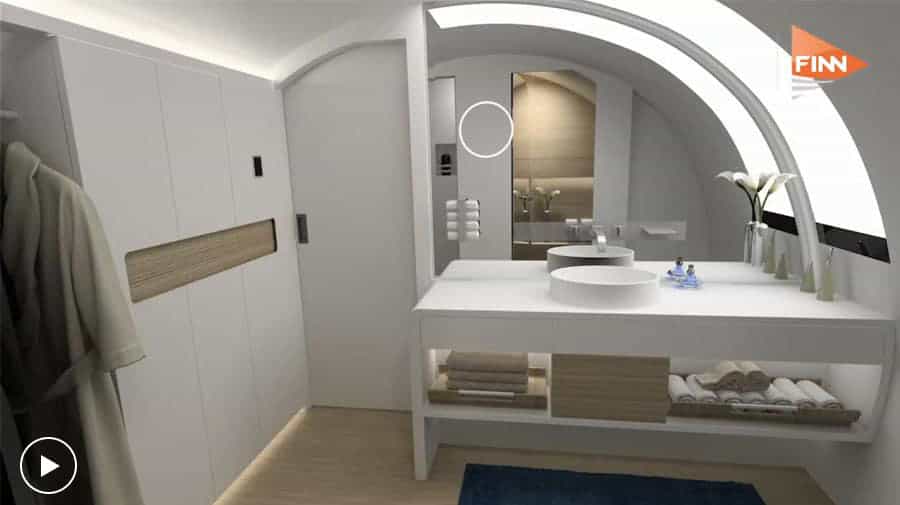 When Bombardier launched the C-Series narrowbody they said it would be a game-changer for the 100-150 seat regional market. Now three companies have partnered and their Airbus A220 cabin concept is proving that point. Like other narrowbodies before it, there is an opportunity to think the design for a more luxurious market, as a VIP or head of state aircraft.

The team has been working to produce an incredibly different aircraft to the one that Bombardier was originally manufacturing, now marketed as an Airbus. Tom Chatfield explained: “What we really were looking for after the 787 was to find a platform where we could apply this innovation in the narrow-body market and the C-series work previously the unit or now, the C Series. Now the A220 proved to be the ideal platform, it’s a clean-sheet design. The interior cabin is well suited to be able to configure it into a corporate aircraft. And,  we thought that that would be an ideal launch platform for this concept.”